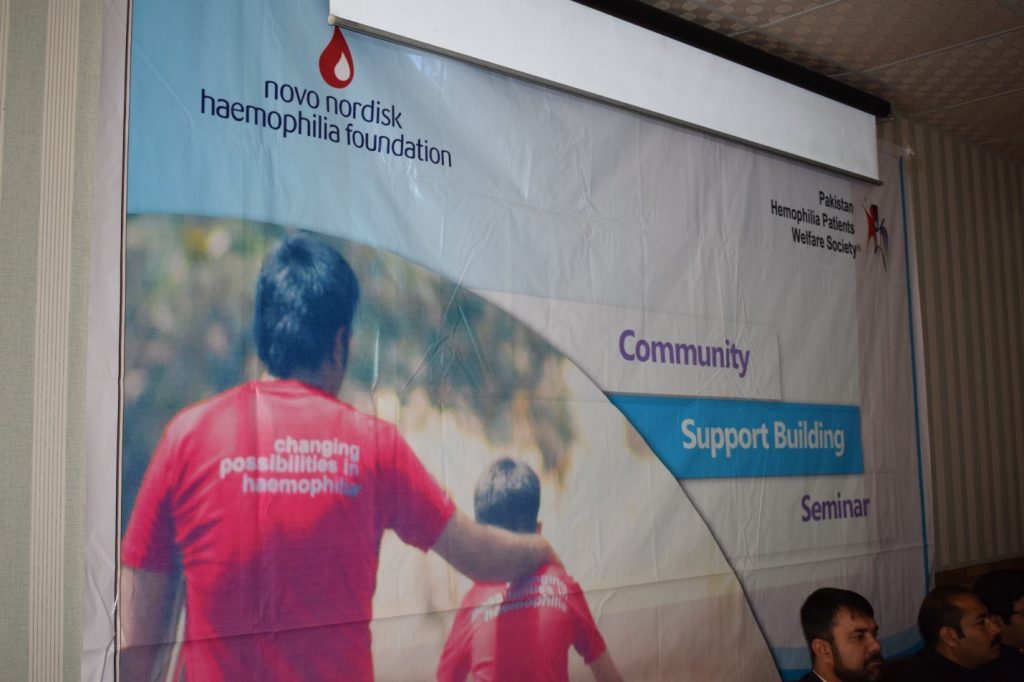 Haemophilia, is a mostly inherited genetic disorder that impairs the body’s ability to make blood clots, a process needed to stop bleeding.  It is widely accepted that this inherited bleeding disorder can have negative effects on the ability of the PWH to become a productive and participating members of society.

However the aim of the PHPWS Rwp/Isb Chapter is to combat this notion and help those with Inherited bleeding disorders and lack of clotting Factors to not only cope with normal stress but the extra burden of their disease which can create various types of challenges such as marital problems, school problems, financial problems, and job worries. Women with bleeding disorders have to face even more difficulties as  marriages within families is the norm and they often stay single as no one is willing to take on the responsibility of caring for them , while and at the same time many come from conservative families and  cannot  work and become financially independent.

Thanks to NNHF Project PK 6 and the generosity of Mr. Zammurad Khan – Patron in Chief, Pakistan Sweet Homes, we held a day-long exercise on stress management for the  registered members  of our Chapter  and their families.  Members of the Peshawar Chapter also attended the session and took active part in Session I.  The first session was for the Haemophilia Community as a whole but knowing how inherited bleeding disorders impact on women, whether they are carriers or “bleeders”, an exclusive session was held for them not only to  reinforce what they had learnt in session I but to allow them to share the problems they face as individuals and help them  can cope with life positively and effectively.

September 20, 2021
I have been involved with looking after Haemophilia & other Inherited Bleeding Disorders (IBD’S) for over 3 decades, both in Pakistan and... 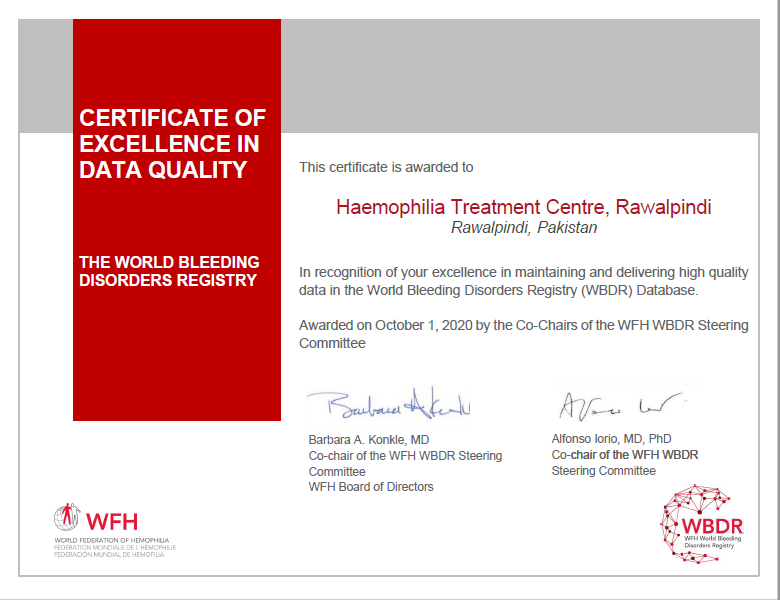 CERTIFICATE OF EXCELLENCE IN DATA QUALITY

November 23, 2020
The Global Summit on Women and girls with inherited bleeding has shifted the attention and focus to where it is most needed...